Google has started rolling out a new design for Search on Android and iOS mobile app. The new changes are quite subtle but awesome as Google tries to incorporate colors and design themes in such a way that the users may find it easier to focus on the information rather than having their attention distracted by other elements.

First off, Google has used its original Google Sans Font in bolder size and weightage at most places, which looks good and is easy on the eyes of the reader. This also allows the reader to scan the relevant information quickly and easily.

Currently, when you search a query, the results appear in separate cards. This remains unchanged in the new design; however, the results span more left-to-right and Google has made them look more well organized than before. The overall look is less cluttered and makes it easier for the readers to skim through the web results at a glance.

Another significant change that has been noticed is a visually elevated search field which makes it more prominent in comparison to Google’s logo and user profile avatar.

Previously, the search bar used to have light-gray outlines. However, with this slight elevation, it seems that there is no need for color distinction between fields now.


The search filters that used to be in uppercase now have a normal casing with the capitalization of the first alphabet only.

Previously when a search was made, for example, for a TV show or a movie or an animal - the result would show a knowledge panel that would be quite distinguishable with a large header, and it would include the name, category, and the carousel regarding that query. This whole knowledge panel would be lightly colored to stand out.

Now, however, this large knowledge panel has been merged up with all the information section and the image gallery with rounded corners, thus, visually becoming easier to read.

As per Google, it has tried to use colors in this new design that can intentionally guide the reader’s eye to relevant information that is important and should not be missed while getting distracted by side elements. Instead of using hues and lighter shades, Google has chosen solid background colors to help the readers focus on the content without any difficulty.

This new design has been launched for mobile web, Android, and iOS Google apps, and is likely to see a wide roll out in the next few days. 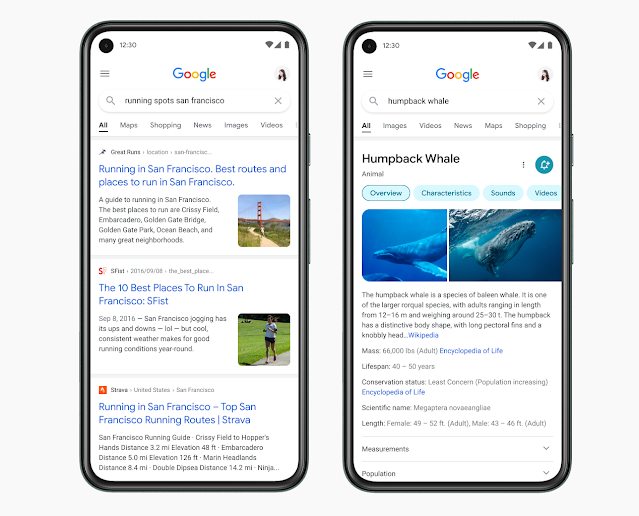