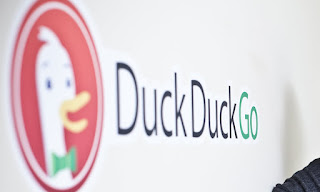 The privacy-focused search engine DuckDuckGo has recently crossed a monumental 100 million queries in a day for the first time since its inception in 2008. Big enough as this achievement is, how does it stand when measured up against larger competitors such as Google?

DuckDuckGo, named after the children's game duck, duck, goose, draws its audience in through one core value that it religiously adheres to. That being maintaining user privacy and confidentiality as best as they can. While other companies pull no punches when extracting user data and information (only to sometimes get punched back, as proven by the WhatsApp policy fiasco), DuckDuckGo takes pride in refusing to collect IP addresses, user logs, and only resorts to cookie usage when absolutely necessary. While this does limit revenue streams, the company stays steadfast in their belief that user data is strictly personal.

100 million search hits in 13 years, while being a massive number, does slightly pale when compared with other engines in the business, such as Google itself. Google, while not providing any statistical data for corroboration, receives over a billion queries (5.8 billion, as reported by the SEO Tribunal). It's market share in December, 2020, also amounted to a measly 0.45% in the face of our former tech behemoth's 91.54%, in a market share summary published by the WebFX blog. That, combined with DuckDuckGo's absolute refusal to share user data with advertising firms doesn't exactly make for an ideal business model (idealistic as it is, however).

To be fair, DuckDuckGo doesn't really need to be all that much. While the blooming of business is never a bad thing, the company's goal from the get go never really seemed to revolve around outdoing engines such as Bing or Google. It's modus operandi has always been providing a safe space for a niche userbase to do as they will, without the looming threat of data harvesting breathing down its neck. And honestly, in today's market, that might just be the way forward.

WhatsApp was recently chastised by its userbase for attempting to sell user data to Facebook, its parent company. People are becoming more and more aware of how much their online security is at stake from seemingly innocuous apps and services. Signal's received a big boost in downloads owing to its policy of avoiding such behavior. DuckDuckGo may not be the biggest tire swing in the yard, but if the company sticks to its guns, it may end up being more popular than anticipated 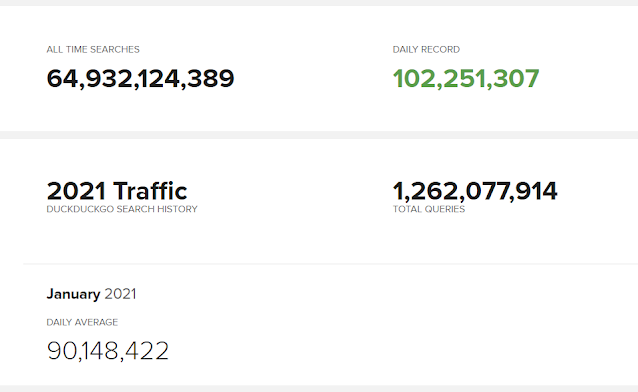