Snapchat was first launched in 2011, and it has been everyone’s favorite since then. Snapchat was the first app ever to introduce the sharing of snaps in the form of photos and videos with everyone. Multiple apps took on this feature into their own apps as well but no one has been able to beat the bar that Snapchat has set. Generation Z also known as zoomers include people that are born in the years 1997 and 2012 and Millennials includes people that are born in 1981 to 1996. It is most expected from the people of Generation Z to be involved with such chart breaking apps like Snapchat, but you will be surprised to know that many users of Snapchat are from Millennials as well!

Snapchat has been introducing many features into its apps, with the competition that this app must have with other high following social media apps. Snapchat never fails to catch up with them. The app has a lot of video content there, with different news channels and platforms uploading their everyday stories as well. This becomes easy for people to get to know about the recent happenings going on while using Snapchat. It has even allowed advertisers to come up with creative and highly appealing ads to get them featured on Snapchat.

According to a recent research conducted by Snapchat, it has been found that since launching these new gateways for uploading content. There have been more people viewing them. Snapchat basically conducted this research to know how Generation Z and Millennials have changed their use of mobile phones, the habits they have developed for their needs through Snapchat and also how the pandemic has affected them overall. Through this they found that the recommendations of watching certain videos from Snapchat have gotten a lot of views and also the advertisements that we now see so frequently have been getting a good response as well.

The reason why the video content on Snapchat is more preferred is because Snapchat always features short videos and not long ones, this has been a huge advantage for marketers who got to advertise for their products within that time frame with many people viewing them.

Snapchat asked the people from Generation Z and Millennials a bunch of questions related to their consumption of mobile phones during the year 2020 and how that had an impact on their mental health as well. Snapchat found that these people use the app and watch videos for more than one hour every day, 61% of the people said that of course due to the free time everyone got during the pandemic they’ve been spending more time watching videos, 56% said that they’ve been watching videos more on TV than on these apps and 52% said that this type of behavior that has increased in the pandemic will be here for a long time.

Mental health checkups were also given by Snapchat to each of its users which was a well thought gesture from their part as a popular platform, when asking this question about how the pandemic and Snapchat’s videos affected their health, majority of the people reported to have a positive attitude from Snapchat’s end and even said that the app played a huge role in reducing their stress levels at times like these.

Overall, Snapchat has never failed to impress their users and we hope that this stays that way! 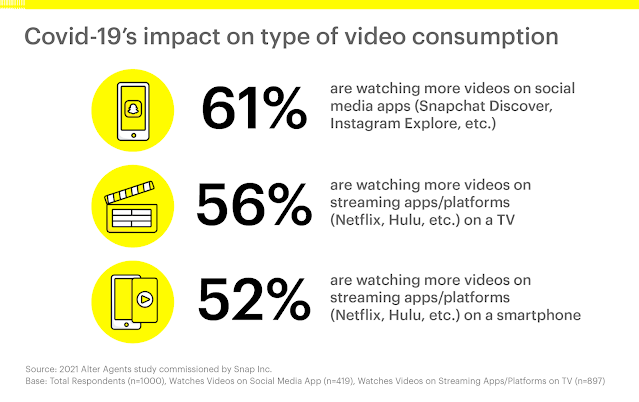 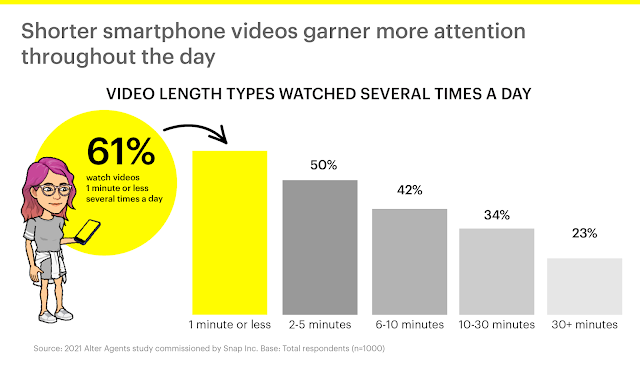