Did you know Apple loyalty with its users has reached the next level while on the other hand, more than one in four users of Samsung is ready to switch the brand

Did you know Apple loyalty with its users has reached the next level while on the other hand, more than one in four users of Samsung is ready to switch the brand

Apple Company has reached a new level and has maintained its integrity in the public and according to a report majority of Americans prefer to use an iPhone over other phones and it is a general perception among the public that once a person switches to an Apple brand, they will most probably not switch to other brands again while the users of Android regularly switch to other brands due to their performance and updates which they don’t like and that's the reason Apple company has ranked the best selling smartphone in the world in the last quarter of the year 2020. According to a recent survey, Apple Company’s loyalty has reached 92% which means that Apple is not going to lose its customers easily while its loyalty level in the previous year was around 90.5%.

While on the other hand, Samsung company is disappointing its users for a few years as its customer loyalty dropped to 74% in the recent time, however, this percentage was around 86% in the previous year which means that if Samsung is not going to make its customers happy and satisfied with its performance it might lose one out of four customers in the coming years. Many people like the ecosystem of Apple Company and its reliable services and some people like iMessage which is a kind of application in which you can send anything from money to Animoji.

Apple Company has made its ecosystem in such a way that people cannot even find a way to get out of it because they like it and its customers’ loyalty has 18% higher than the Samsung Company because the iPhone’s performance is best in all respect either you play games on it or you have to maintain your privacy as Apple has announced its privacy policy in which advertisers will have to take permission from the users to collect their data which has also given an advantage to this company which shows that Apple Inc. gives the priority to the privacy of its users.

The survey also shows that almost 53% of Samsung users will switch to an iPhone next time as almost 32% of users have privacy issues in Samsung devices. However, there is good news for Google that around 35% of people think that their next destination would be getting a Pixel phone because Google provides genuine and updated Android experience on its line-up of devices. 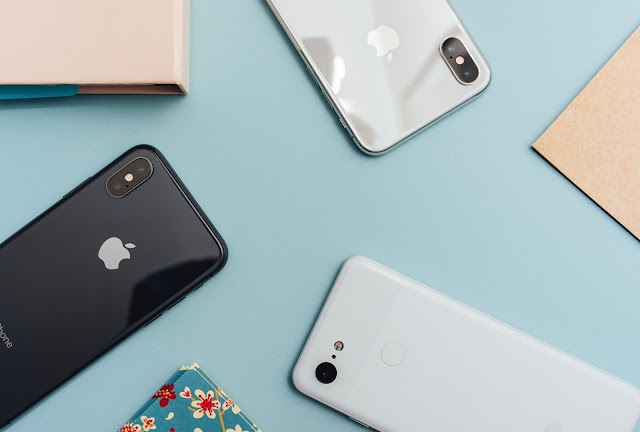